What better way to ring in the season than with a new program of premieres and historical works from one of Florida’s leading contemporary companies, Dance NOW! Miami? And that’s just what audiences will get with their Program I, “Stories for the Holidays,” on Saturday, December 11, at 8:00 pm, at the Miami Theater Center, in Miami Shores. The evening will include a suite of reconstructed iconic works from dance pioneer Isadora Duncan, along with South Florida premieres and work from the company repertory, with the South Beach Chamber Ensemble live onstage accompanying select works. 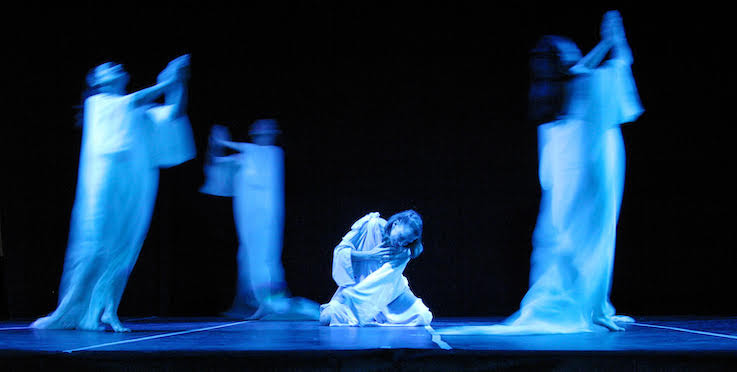 Isadora Duncan was an American pioneer of concert dance at the turn of the 20th century, a self-styled revolutionary, whose innovative free-spirited style broke with the dominant rigidity of ballet and led to what is now called modern or contemporary dance. “In the era of #MeToo and the renewed struggles world-wide for women’s autonomy and freedom to control their own lives, reviving Duncan’s groundbreaking work was a perfect choice for our company,” said Hannah Baumgarten. The past Artistic Director of Miami’s Isadora Duncan Dance Ensemble, Andrea Mantell-Seidel, has restaged the Duncan pieces this fall. The four short works are Ave Maria, Harp Etude, and two of Duncan’s “Russian revolutionary dances,” Varshiavianka and Dubinushka The program is part of the ongoing Masterpiece in Motion series. 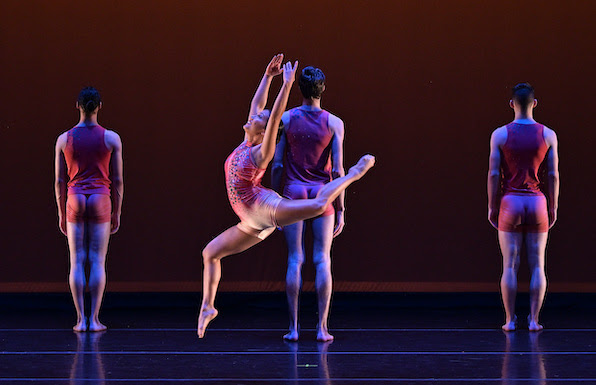 The evening also features Solstice, from guest choreographer Jon Lehrer, as part of Dance Now’s New Voices initiative; the revival of Artistic Co-Director Diego Salterini’s Three Moments in Time, with a score by Tomaso Albinoni; a revival of Baumgarten’s Die Frauen, a commentary on femininity, set to Johannes Brahms’ Liebeslieder Waltzes; and more.”We are so pleased to be back on stage with these diverse dance works that are our stories for the holidays” says Salterini.

Tickets are $40 open seating, $25 for Miami Shores residents and $15 for students, with IDs. Advance tickets can be purchased only at www.dancenowmiami.org/events/program1. Face coverings will be required inside the theater at all times unless proof of full vaccination is provided. The Miami Theater Center 9806 NE 2nd Ave, Miami Shores, is fully wheelchair accessible, with adjacent on-street parking. To request materials in accessible format, or any disability accommodation, visit www.dancenowmiami.org or contact Dance NOW! at (305) 975-8489 and info@dancenowmiami.org. 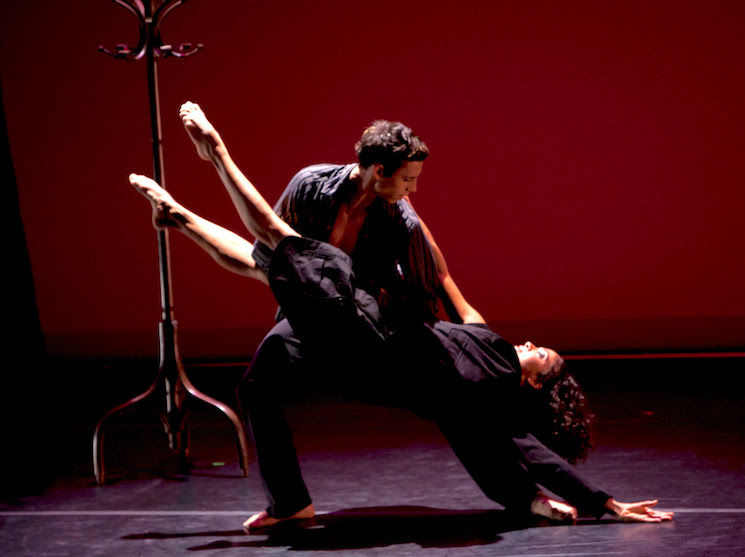 Dance NOW! Miami was founded in 2000 by Artistic Directors Hannah Baumgarten and Diego Salterini. The company presents several major projects annually, including original work from the Artistic Directors, created individually and collaboratively. In addition, their Masterpiece in Motion series honors the rich legacy of dance through the reconstruction of historic works of ballet and modern dance from the 20th and 21st Century (from Doris Humphrey to Isadora Duncan to Gerald Arpino/Joffrey Ballet). Dance NOW! also presents branded, immersive, site-specific performances that takes place in museums, galleries and architectural sites called the Ekphrasis Project. Dance NOW! has collaborated with over 200 artists and organizations nationally and internationally and the company leads the South Florida dance community with initiatives such as the Daniel Lewis Dance Sampler, which celebrates Florida’s established companies, and New Voices, presenting and mentoring contemporary choreographers from the national arena. 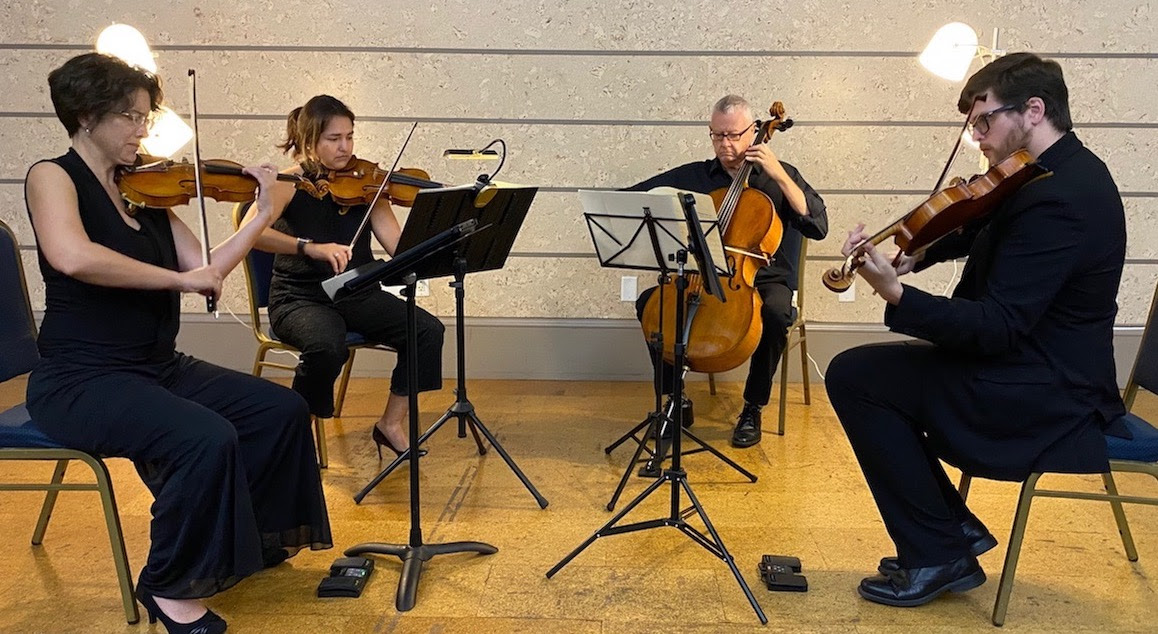 The company has been presented in sixteen states and on three continents, from Brazil to Mexico, Honduras to Italy and Portugal. With a strong commitment to education, Dance NOW! has reached over 35,000 children in South Florida alone through its in-school residencies, the World Dance Summer Intensive, the Dance NOW! Youth Ensemble, and performances throughout the community and from its home at the Little Haiti Cultural Complex. During the COVID-19 crisis, Dance NOW! led the dance community with the release of the Covid(eos), a series of dance video shorts, relevant to the moment and providing new content for its audiences while continuing its artistic mission.

Support for Dance NOW! Miami, and its performances, is provided in part by the National Endowment for the Arts, the Florida Department of State, Division of Cultural Affairs; the Florida Council of Arts and Culture and the State of Florida (Section 286.25, Florida Statutes); the Miami-Dade County Department of Cultural Affairs and the Cultural Affairs Council, the Miami-Dade County Mayor and the Board of County Commissioners; the City of Miami Beach Cultural Affairs Program, Cultural Arts Council; Funding Arts Network; Citizens Interested in Arts; Florida Dance Education Organization; Miami Dance Futures; Miami ArtZine; the Samara Fund; Miami Beach Chamber of Commerce /Sister City Initiatives; the Greater Miami Convention and Visitors Bureau; the South Beach Group; KCC Productions; Akerman Law firm; Northern Trust Bank; the City of Miami Parks and Recreation Department and the Little Haiti Cultural Complex; and other donors. Dance NOW! is also funded by The Children’s Trust. The Trust is a dedicated source of revenue established by voter referendum to improve the lives of children and families in Miami-Dade County. Dance NOW! is in residence at the Little Haiti Cultural Complex and at TAME Dance Academy, and is a resident company of the North Beach Bandshell.

Art Basel returns and introduces a new flair of art