Making her film directorial debut, Haitian-Canadian Entrepreneur, Producer & Television Host Joyce Fuerza is pleased to announce that after winning the 2021 honorable mention recognition at the Nassau Film Festival for her short film Kamila, the film has been accepted as an official selection in Los Angeles at the Micheaux Film Festival which partnered this year with The Oprah Winfrey Network, Sony Entertainment and Panavision.

Previously to that selection, Kamila was officially selected at the 23rd New Filmmakers New York Film Festival, recently to the New York Lift-Off Film Festival, and the film is continuing its film festival run both nationally and internationally.

Joyce is also honored to have gotten accepted into the National Film Board of Canada’s Filmmaker assistance program to complete post-production of Kamila.

An intense drama telling the story of a reserved elementary school teacher, Rosa, who finds her life upended when she comes across an abused student, Kamila. As she sees her younger self through the eyes of Kamila, Rosa’s attempt to stop the cycle forces her to make an unexpected decision; an action that brings back disturbing memories.

-Ines Feghouli (as seen in Netflix’s Anne with an E, Fatherhood with Kevin Hart) 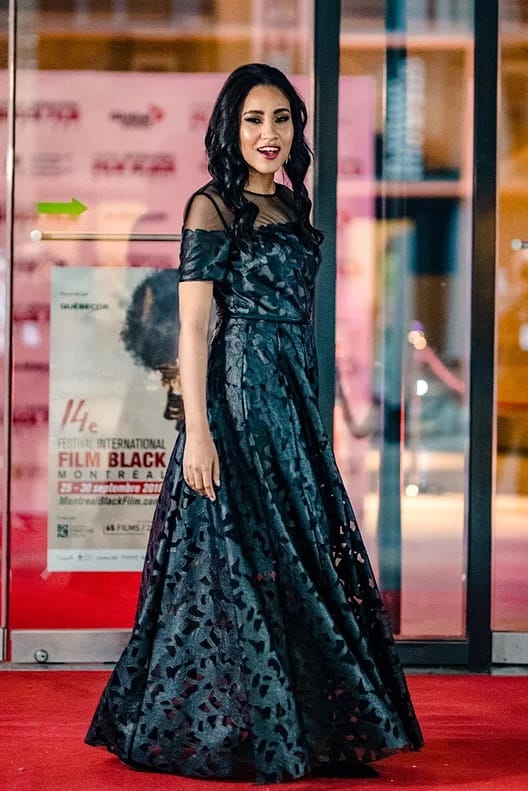 She continues to work with and foster great relationships with filmmakers, producers and film distributors worldwide. With her ability to speak 5 languages, Joyce is constantly expanding her work internationally to reach a bigger market.

Her goal is to continue producing and maximizing her presence in front of the camera, hosting Talk-shows, TV Programs, contributing to existing programs & shows that educate, entertain, empower. She also partners with other industry folks, while she continues to grow her production company with valuable content that not only entertains but that also tells real life stories to ignite critical thinking and bring awareness about social injustices

To learn more about Joyce’s journey, visit her website.